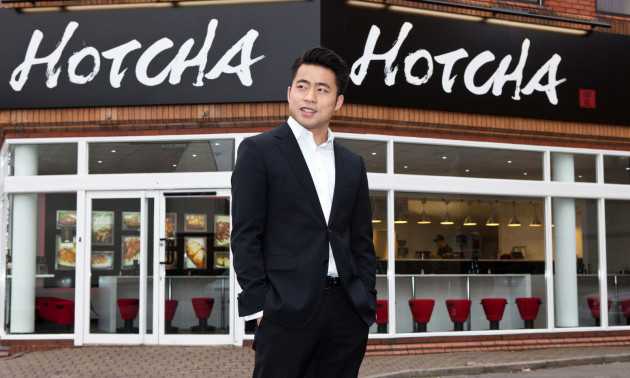 More details have emerged concerning the troubled mainland Chinese businessman James Liang Jian-heng and his Hong Kong-born business partner, Andy Chan Kit-lung – and the Chinese and UK businesses they have significant interests in.

As revealed by Asia Times in November, Liang and Chan are founders of the now-insolvent UK-based Chinese takeaway chain, Hotcha, a business that has, since October, been embroiled in a UK government tax fraud and money laundering investigation. The pair are also major shareholders and were executive directors of Wan Cheng Metal Packaging Company Limited (Wan Cheng), which listed on the Hong Kong Stock Exchange’s Growth Enterprise Market in July, 2017.

Since the collapse of the west of England-based Hotcha business, the board of Wan Cheng has – as required by Hong Kong Stock Exchange disclosure obligations – made several announcements with regard to Liang, Chan and Hotcha. One announcement confirms that Liang was arrested in early October in the UK and subsequently released “under investigation.”

Another declared that while Liang has since stepped down from his position as chairman of Wan Cheng and resigned his place on its board, Andy Chan will remain a board member because at this time there remains an “absence of allegation” against him. A third announcement noted “the recent increases in the price” of Wan Cheng shares and stated that the company was “not aware of any reasons for these price or volume movements.”

Hotcha, whose aim was to become the “the Domino’s of Chinese food,” collapsed after a number of premises linked to Hotcha were subject to dawn raids by Her Majesty’s Revenue and Customs (HMRC), the revenue arm of the UK government.

These premises included the company’s head office, a number of its retails shops and Liang’s upmarket US$2.2 million home in leafy Berkshire, which sits in close proximity to the prestigious Royal Ascot racecourse and also to Windsor Castle, the weekend home to the British Royal Family.

Since November, Hotcha has been under the management of London-based insolvency administrators Moorfields and a statutory administrator proposal report issued by them in December indicates that Hotcha’s issues appear to have started after it secured a five-year £7.5 million (US$10 million) loan from London fund manager Beechbrook Capital in 2016.

The funds were intended to fuel the growth of the business from 9 takeaway shops to 18 as it moved toward its target of becoming the UK’s first national Chinese takeaway brand. The overall aim for Hotcha was to have 75 shops across the UK and although early indications were good – Hotcha formed in 2011 and by 2013 Liang had won a UK “entrepreneur of the year” award, then in 2016 was included in a Debrett’s list of “Britain’s 500 most influential people” – the December report from Moorfields identifies multiple difficulties.

“Hotcha suffered heavy losses caused by declining turnover and the costs of its aggressive expansion strategy,” reports Moorfields, adding that “these had resulted in cash flow difficulties.” Moorfields says that HMRC carried out its raid after identifying discrepancies in Hotcha’s business tax returns, and that arrests were made, with HMRC alleging “fraud and money laundering activities”. After this, “the company could no longer trade and the directors took insolvency advice, which resulted in the administrators being appointed and all 145 employees being made redundant.”

The administrator’s proposal, which sets out how it intends to settle Hotcha’s accounts, concludes that the lender of the £7.5 million – a loan that now formally sits not with Beechbrook Capital but with security agent GLAS Trust Corporation – is “expected to suffer a considerable shortfall.” While also stating that Hotcha may be entitled to a “significant” tax refund, Moorfields points out that any possible settlement by HMRC will not be considered until after the conclusion of the criminal investigation, and that this could take a “considerable time”.

A representative for James Liang would not respond to an Asia Times request for comment although it would appear that Liang is preparing to contest the HMRC charges as, in November 2017, he engaged Alex Megaw, a seasoned UK commercial litigation lawyer, to represent him.

Moorfields did not reply to Asia Times requests for comment and HMRC would neither confirm nor deny that there is an ongoing criminal investigation into Hotcha. The Hong Kong Stock Exchange said it does not comment on individual companies.