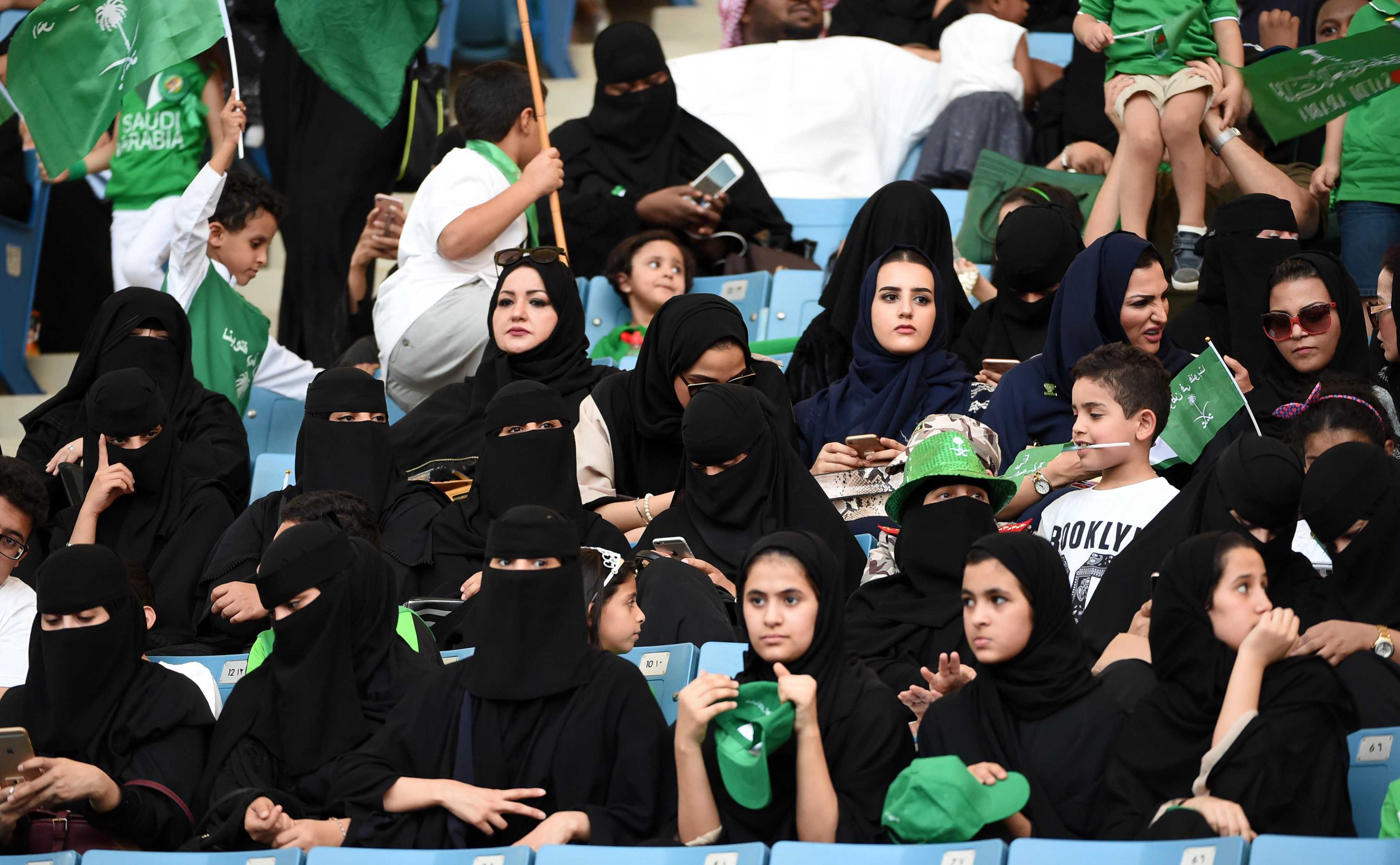 For years Areej al-Ghamdi could only cheer her favorite soccer team from home, but everything changed on Friday when Saudi Arabia allowed women into the stadium for the first time.

The university student was among around 300 Saudi women who thronged Pearl stadium in the Red Sea city of Jidda after the ultra-conservative kingdom eased decades-old rules separating the sexes.

“I came with my father and my brother — we’re fans of Al-Ahli,” said Ghamdi of the Saudi Premier League club facing off against Al-Batin.

The young woman said she always used to cheer her home team from the comfort of her living room.

“We love the club very much, and our home would often become an arena for supporters,” she said.

“This is the first time we’ll be cheering for real, not just in front of the television,” said Ghamdi, who wore a black abaya robe and a black scarf with a green Al-Ahli scarf round her neck.

“It is so much better here.”

The game began at 8:00 pm, but two hours before the historic kick-off enthusiasm was palpable as women supporters began arriving at the stadium.

Among the first were a woman accompanied by a younger female and a girl.

A boy sat next to them in seats that had been reserved for women who come alone or with members of their families, namely male relatives.

The women entered the stadium through a special gate, while male supporters filed in through a separate entrance.

Saudi Arabia, which has some of the world’s tightest restrictions on women, has long barred them from sports arenas through strict rules that keep the sexes apart in public.

Glass panels were set up to separate men supporters from the women and family section of the stadium.

“This event proves that we are heading for a prosperous future. I am very proud to be a witness of this massive change,” Lamya Khaled Nasser, a 32-year-old fan from the Red Sea city, told AFP.

Ruwayda Ali Qassem, another Jidda resident, spoke of a “historic day in the kingdom which culminates [in] ongoing fundamental changes.”

“I am proud and extremely happy for this development and for the kingdom’s moves to catch up with civilized measures adopted by many countries,” she said.